“Grassroots development remains a cardinal component of global campaigns of the 21st Century. It is therefore important that the community as the epicentre of human and environmental activities should remain a recurrent decimal in the narrative of developmental agenda”.

This statement by Mr. Francis Abayomi, Executive Director, Peace and development Projects (PEDEP), aptly captures the essence of community led initiatives being implemented in Lagos by the International Press Centre (IPC) with the support of ACTIONAID Nigeria and the DFID/UKAID under a project entitled “Strengthening Citizens Engagement in Electoral Processes (SCEEP).

Speaking on the topic: “Community Interest vs Political Interest: Perspectives on Enhancing Grassroots Development” at the public presentation of Community Development Charters for three communities in Ikorodu Local Governement area of Lagos, namely: Agbede-Oloshugbo, Gbasemo/Ituagaga and Offin-Lajo-Oreta Communities respectively, Abayomi charged community leaders at the grass root not to insulate themselves against politics as stakeholders in community development as well as political actors are expected to work hand-in-hand rather than at cross-purposes in ensuring that the community remains on the path of steady development without negative consequences of political divisions. 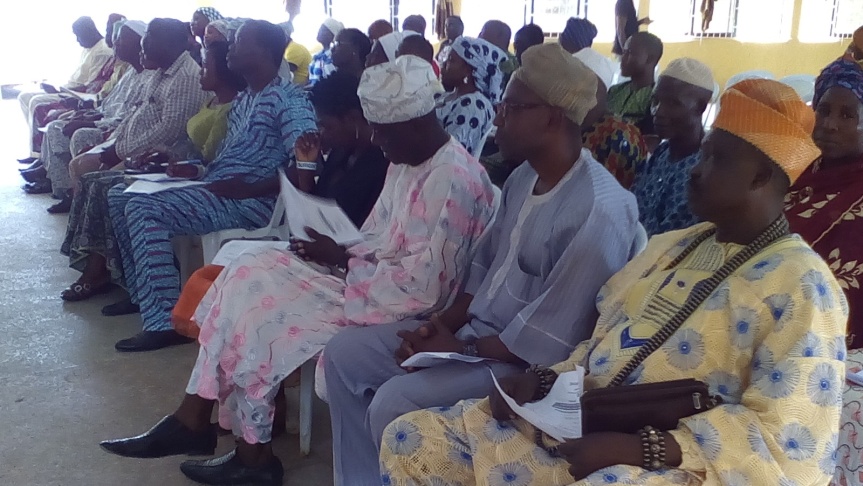 According to him, “a systematic approach” that creates an increased understanding and cooperation among the people and between the people and the government should be employed in advancing the development at the grassroots because development process is not unidirectional as there is need for access to information, improvement in communication and enhancement of peaceful change and sustainability of developmental initiatives.

“When the community is organized for developmental process, participation should be based on the principle of consensus building which involves dialogue, negotiation, and meditation. Everyone must be included in decision making process while transparency, openness and accountability must be encouraged through the use of a proper feedback mechanism”, he said.

He however maintained that political interest of community stakeholders should not override their community interest. He said: “politics should be played in a way that it will not affect the needs of your community. As a stakeholder in the community, you must play politics with maturity in the sense that you should not place your personal and selfish needs above what will benefit the society at large”.

In fast tracking the development of the communities, he urged community stakeholders to interact and engage with duty bearers on their community development aspirations.

“The people must play the role of assessing projects, prioritizing projects, building strong teams to pursue common goals, identify key partners outside the community and build leadership capacity. As a community member, you must work for the growth of the community and make this charter which is the needs of your community known to everybody and the government”, he said.

Sequel to Abayomi’s discourse, the community development charters for the three communities was then official presented to the public by the Director of IPC, Mr. Lanre Arogundade with copies received by the Senior Admin. Officer, Mrs. Olatunji Adeoye who was representing the newly appointed Sole Administrator of Ikorodu Local Government Area, amongst a host other officials from the local government. Copies of the charter were also handed over to community leaders and related community stakeholders at the event.