Lagos residents have been urged to be involved in government activities in order to bring development to their communities.

This was disclosed at the public presentation of Community Development charter for three communities; Obele Oniwala, Isokan, and Aiyetoro communities in Surulere local government area of Lagos State. The programme was organised by the International Press Centre (IPC) with support of UKAID and ActionAid Nigeria.

Speaking on the topic entitled “Enhancing Grassroots Development: Bridging the Gaps Between Government and Community Stakeholders” Abiodun Aremu, rights activist and Secretary General, Joint Action Forum (JAF) said people must be interested in what is happening around them for development to take place in their communities.

“Development must start with self. You must have interest in what is happening for development to take place in your communities”, he said.

He called on the grassroot community stakeholders to appreciate the enormous constitutional power they have and that they can use that to make government develop the grassroot communities.  According to him: “Development works when it is for all of us. Our community’s values have broken down so we have to get them back”.

He noted that it takes community effort to get development at the grass root. “As grassroots people, we must first recover our values. Anything we want, we must get it from Government and they are not doing us any favour”.

He urged the government to always consult with community members before implementing its policies. “Every development and policies must come from the people and that is how people living in communities can be further empowered to drive development”. He said.

Similarly, the Chairman of Community Development Association in Surulere Local Government, Abayomi Balogun, corroborated that there can never be democracy without grassroots participation and development. 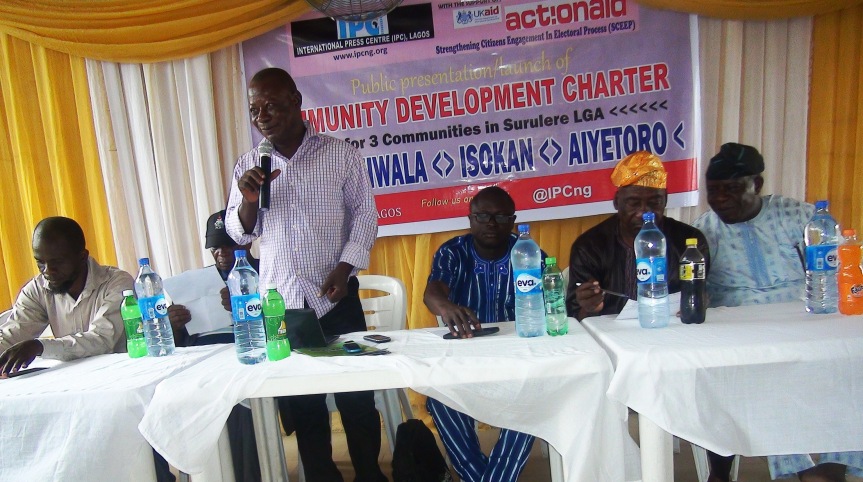