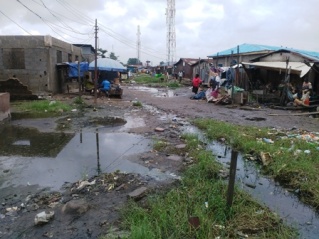 It is a fact that Africa is endowed with huge mineral resources and human capacity. However, in the midst of plenty, a great number of the people of the continent wallow in abject poverty, lacking basic amenities and infrastructures to make life comfortable. One of the reasons for this state is due to the fact that most political leaders in the continent are not doing enough in the development and provision of basic infrastructure to ensure that the citizens have quality standard of living.

Nigeria, the acclaimed giant of Africa is also affected by this as poverty rate is on the increase and citizens live below one dollar ($1) a day.  Citizens, especially those in the grass root communities do not have access to basic infrastructural development and social amenities that will make life comfortable for them.

Though there are a number of policies by the political leadership and government agencies to address the poverty conditions of the citizens, implementation of such policies are often not citizens-driven, reaching the very poor, but focused on the urban areas, which invariably is for the benefit of the elite.

While government alone cannot provide all the basic needs, it is expected of those in power to provide basic amenities for the mass of the people, majority of who are in the grassroots communities, facing a number of poverty conditions due to the lack of basic social amenities such as portable water, roads, conducive schools for children, etc, as is befitting to give them a sense of belonging as citizens in their own country.

It was as part of bridging the poverty conditions faced by rural/ grassroot communities and to ensure that grass root communities in Lagos State, the commercial nerve centre and most populous city in Nigeria are given a facelift and benefit from government’s social provisioning, that the International Press Centre (IPC) through a project with support of the World Association for Christian Communication (WACC) worked with some journalists to interact with local community stakeholder groups in eight communities in the State on how to get government attention to provide basic amenities.

Outcomes from the project, which involved a number of activities including capacity building for journalists and parley with community members working together to demand provision of social amenities from government agencies, saw the government attending to some poverty conditions in the communities by providing basic amenities like clearing of blocked drainages and road construction, rehabilitation of schools, provision of street lights, etc.

Speaking at the public presentation of Summary of Highlights and Outcomes of the IPC/WACC Solution-driven/Poverty reporting project, Nigeria, the Secretary General, WACC Africa Region, Lekan Otufodunrin commended the efforts of IPC and urged journalists to embark on more community reporting that will impact the lives of the grassroots.

“It’s one thing for grants to be given and it’s another thing for the project to be done or carried out. WACC sees Human Right as everybody’s rights that should be guaranteed and so it supports organizations to carry out various projects across the world”, Otufodunrin said.

Commending the outcomes achieved, he added: “This project is a welcome one. Poverty is real in Africa, in Nigeria, people live under one dollar a day. Beyond this, people should get back to the community and ask questions and hold the government accountable on their development needs”.

Similarly, Francis Abayomi, Executive Director, Peace and Development Project, enjoined journalists to be more community driven in their reports and play desired role to bring it to the fore burner. “When you engage the grassroots, you give them a voice. We can have more of these programmes in order to leverage on this in the country. Other stakeholders can also take it further.”

On his part, Executive Director, Journalists for Democratic Rights, Adewale Adeoye, said one major problem of the media is that most the times, “we report about the elites and the rich in the society, but this publication reflects the echoes from the valleys.”

Adeoye, who reviewed the publication on the summary of outcome of the project noted: “Over the years, the Nigerian media has witnessed its worst decline. … The travails, pains and pangs of the poor, the downtrodden, the marginalized majority are left unattended to. Even when stories of poverty are reported, the media only scratch the surface. Pictures about poverty follow the trend of opportunism instead of raising critical issues of underdevelopment”.

He added that the outcomes of the project as captured in the publication, “redefines the current role of the Nigerian media by making a conscious attempt to draw back the missing sheep. The publication captures the strategic role that the media can play in advancing the cause of   the people at the lowest layer of the ladder.”

Speaking on behalf of the communities, a representative of Boshua community in Shomolu LGA, Adewunmi Moses while commending the initiative said two roads – Apata and Bolaji Omupo in the area  had received government attention. “Apata is being graded while Bolaji Omupo is at the level of completion”, he said.

Tajudeen Bello, representing Obele Oniwala, in Surulere LGA said the over 40 years old Municipal School in Obele Odan which was in a dilapidated condition is now refurbished and fitted with modern fixtures for learning. Adding, “solar street lights have been provided by the Lagos state government to the area. Michael Ogun and Durjaiye roads have also been done. We urge journalists to be visiting communities, which speeds up development”, he noted.