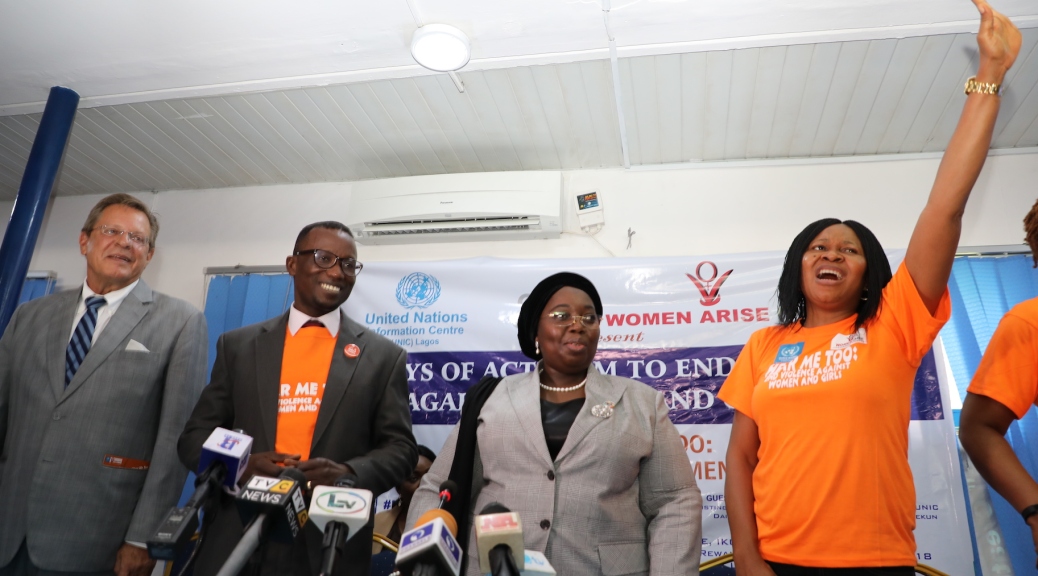 United Nations, UN and United States of America, USA, have called for concerted action to end violence against women and girls around the globe.

Statement by the Heads of UN agencies, UNDP, UNICEF, UN Women and UNFPA, called for solidarity with survivors and survivor advocates and women’s human rights defenders who are working to prevent and end violence against women and girls.

Secretary-General’s UNiTE Campaign said, “ Our duty is not only to stand in solidarity with them but also to intensify our efforts to find solutions and measures to stop this preventable global scourge with a detrimental impact on women’s and girls’ lives and health.”

“More than a third of women worldwide have experienced either physical or sexual violence at some point in their lives,” the statement said. Furthermore, research indicates that the cost of violence against women could amount annually to around 2 percent of global gross domestic product (GDP). This is equivalent to 1.5 trillion dollars.

For more than 20 years, the UN Trust Fund to End Violence against Women (managed by UN Women) has been investing in national and local initiatives that translate policy promises into concrete benefits for women and girls, and contribute to the prevention of violence in the long run.

As part of the Spotlight Initiative to end violence against women and girls, a global, multi-year partnership between the United Nations and the European Union, we are working with different partners to increase the scale and level of ambition of our interventions. We understand that reducing and preventing violence against women is transformational: it improves the heath of women and children, reduces risks of acquiring HIV and sexually transmitted infections (STIs), improves economic productivity and educational attainment, and reduces the risks of mental illness and substance abuse, among other benefits.

Similarly, U.S. Consul General John Bray on Monday urged Nigerians to take a firm stand against impunity, stigma and the culture of silence which fuel violence against women and girls in the country.

Speaking at a public lecture organized by the rights group Women Arise and the United Nations Information Center, to mark the commencement of 16 Days of Activism Against Gender-Based Violence, Bray noted that curbing escalating violence against women and girls would require candid testimony by survivors and open discussion of the societal factors that perpetuate gender-based violence.

“Women and girls in Nigeria must join their sisters across the world in raising their voices to say that we must break the culture of silence by bringing these stories to light. It is only by such exposure that we can rapidly bring the violence against women and girls to an end,” he said said.

The U.S. envoy also made a case for joint action by different stakeholders to forestall violence against women while taking legal action against offenders.

“We must work together as stakeholders, in order to be proactive and curb the violence against women and girls Where we fail to prevent such violence, it also important to make those who engage in violence and abuse know that there will be no impunity for their crimes, that society is outraged by such behaviour and they will be identified, they will be denounced, prosecuted, and punished,” Bray said. 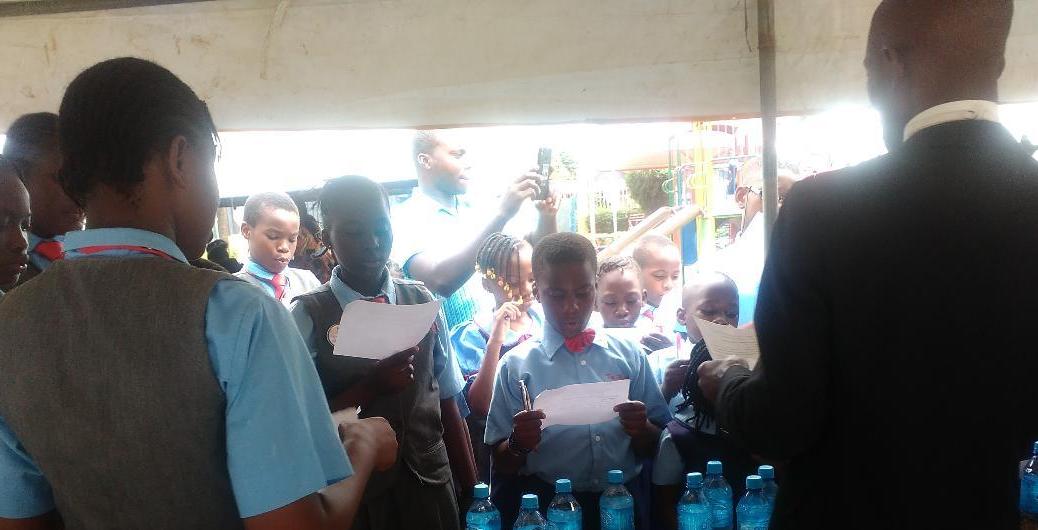 The Floral Schools, comprised of nursery, primary and college, have elected new prefects and class representatives for the 2018/2019 academic year.

Speaking at the swearing-in programme, the Proprietress, Mrs. Kemi Bamidele said that the event is an opportunity to see that the children are exposed early in life into leadership position, adding that parents should assist their wards in embracing quality leadership.

She said, “What we are doing today is not ordinary. It is time to see the children appointed early in life. Parents should teach them to be good leaders and let them see what it entails to be a good leader. Let them come to school on time, do the right thing at the right time and we shall see them in greater heights in life.”

In her speech, the Head Teacher, Nursery, Mrs. Tayo Taiwo explained that aside academic qualification, the school also looked at some qualities before choosing the class representatives and electing the prefects.  She said the school teaches leadership and character building and called on parents to help the pupils and students grow better daily in good leadership qualities.

“Aside academics, we look at character and we want them to know that personality is important and that they are not ordinary. We saw some qualities like patience, tolerance, leadership roles before choosing them and we want parents to please maintain those qualities.

“We see the stars in them and as parents, let’s nurture them, teach them the word of God, pray for them and pray with them. Teach them to obey authority, parents and teachers. Children, you are going places in life,” she said.

Also contributing, Head Teacher, Primary, Mr. Femi Roberts told the children that leadership position is not part of the fundamental human rights but that they must earn it. “Leadership position is not your right, you must earn it. You must learn to be responsible aside academic prowess”, he noted, charging them to behave and conduct themselves in a manner to meet up the expectation of their appointment and election as class captains and school prefects, respectively, and that the leadership qualities they possess should be manifested beyond the school environment.

Similarly, the Chairman of the Election Committee, Mr. Sunday Bankole declared that the election was free and fair. He said the children campaigned and presented their manifestos before emerging winners in respective positions.

“These children are great. What we are doing today is not just fun, parents should guide the children. We had ballot boxes and papers for the elections, the pupils voted and we have the results. There was a rerun for two candidates and this also helped the pupils in understanding leadership.  You should not be angry if you do not win the post you vied for, but every one of you is a winner and you all are prefects,” he said.

Barrister Olufemi Abodunde, who conducted the swearing-in exercise, the urged the elected prefects to be consistent and have sense of duty.

Meanwhile, speaking on behalf of the prefects in the primary section, the Head Boy, Romilogo Falobi, thanked the teachers and parents for their supports and the pupils for believing in them. “I want to thank my parents for their support. I thank my teachers for teaching me leadership. And on behalf of other prefects, I thank the pupils for voting for us. We will do our best to make the school better”, he said.